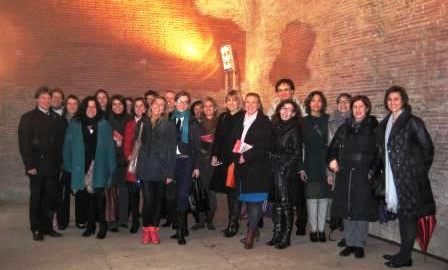 New, horizontal sector group on Woman Entrepreneurship (WEG) has been launched within the Enterprise Europe Network as from the beginning of 2013. The group has 30 members from 15 European countries, including a representative from Macedonia, from the Foundation for Management and Industrial Research.

First meeting of WEG has been held on 18th March 2013 in the premises of Unioncamere of Italy in Rome. The aim of this inauguration meeting was to set the roadmap for the development of the group as well as to discuss the possible means of cooperation with other sector groups within the Network. High representatives from DG Enterprise and Industry of the European Commission were also present at the meeting, highlighting the need for increased utilization of the economic potential of women.

WEG focuses on woman entrepreneurship from economic rather than gender point of view. It aims to better streamline the services of the Enterprise Europe Network to help the development of women led business through increased competitiveness, innovativeness and internationalization.